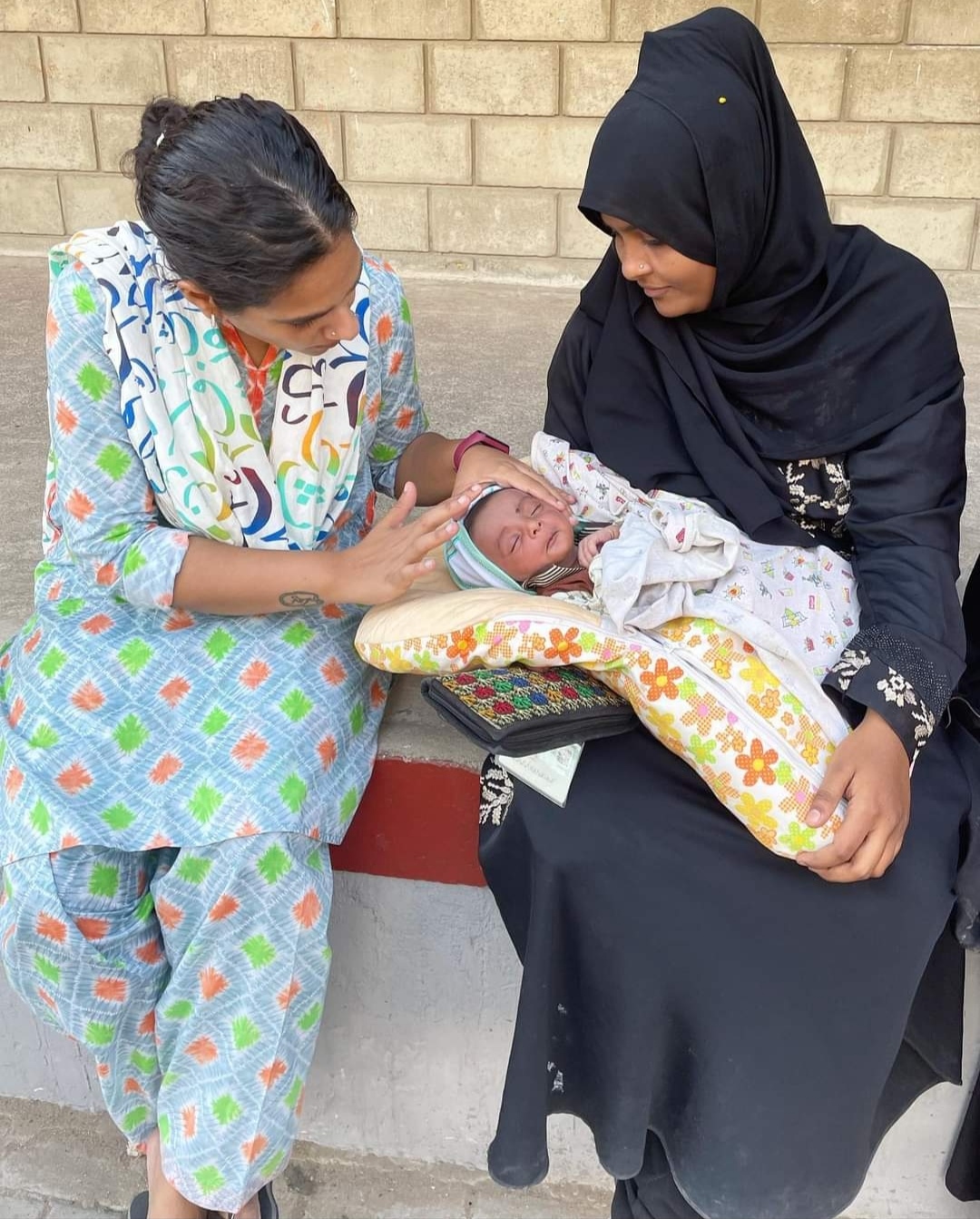 Neha Mankani, midwife in Pakistan and the Southeast Asia regional coordinator for the PUSH Campaign, investigates communal ownership of women's bodies in the wake of Roe v. Wade.

On Friday 24th June, The Supreme Court of the US overturned Roe v. Wade, the landmark ruling that established the constitutional right to abortion in the U.S. in 1973. This controversial but expected ruling gives individual states the power to set their own abortion laws and it is expected almost half of them will either outlaw or severely restrict abortion; threatening the health and welfare of millions of people in the US, ripples of which will also be seen globally.

As a midwife in Pakistan, my advocacy and practice are around realization of women’s health and reproductive rights and this ruling takes me down the different ways we see the ‘communal ownership of women’s bodies’ in action. The joint ownership of women’s bodies in their reproductive and personal lives is not a new concept for us, but I see this ruling as just one more way that we will watch women lose their ability to make their own decisions around their care.

One morning a few years ago, I was starting my shift in the postnatal ward when a woman who looked particularly disturbed gestured me over. I went over to her and she handed me her baby:

“Throw this baby out of the window”.

I thought I misunderstood.

“Throw her out of the window-she’s ruined my life.”

Upon further investigation I found that our client Shazia who already had another 11-month-old daughter had been told by her husband that he was going to leave her because she had given birth to another daughter. Despite being from a middle income family; Shazia’s health was particularly bad: she was extremely anemic and weak from there being no gap between the birth of her two daughters. She told me this pregnancy was unwanted and went on to ask me about methods of birth control that are ‘easy to hide’ because her husband had already told her she would need to give birth again and again until she gave him a son.

Another day in the antenatal clinic, a woman shows us her 18-week ultrasound, which says she is carrying a fetus with anencephaly, a congenital anomaly where a baby is born without a skull vault-an irregularity that is not compatible with life. The woman, Najma makes the informed decision to terminate this pregnancy, which comes under the clause of necessary treatment and is permissible by law in Pakistan. She books an appointment for a termination but never shows up for it; instead her husband calls the hospital and says she will not be coming in as this termination is unacceptable to him. The next time we see Najma is four months later when she comes in with an obstetrical complication related to the fetus and has to undergo an emergency procedure for her safety.

At the antenatal clinic I conduct at a fishing village off the coast of Karachi, I am the first line of contact for all pregnant women on the island. I work at a primary care clinic, where all clients are provided medicines and testing services for free. The clinic is in the community so distance and cost are not a barrier but often the first time I see women in their pregnancies is in their third trimester, right before they give birth. The answer to “why didn’t you visit me earlier” is almost always the same: “I wanted to but my mother-in-law and husband didn’t think it was necessary.”

These are just a few of the cases I have seen-but there are many women all over Pakistan and the world who, everyday, encounter that idea that they are a vessel; where decisions about their bodies are made without their consent. Should the process not go as planned (as was Shazia’s case); they experience a lot of emotional and physical abuse. Women who are told that bearing one more child may kill them will do it anyway because the decision is not theirs. Interestingly, this is particularly a large problem with regards to reproductive health. At many of the hospitals that I worked at-when women need emergency c-sections; it is not their own consent but their husband’s that is required. This is important particularly because the consequences for the woman of not acquiescing to his consent would be grave. We have seen men being told that their wife and child are both in danger and they still refuse to give consent for a surgery because she won’t ‘return to work as quickly’ or ‘everyone can give birth normally, why can’t she?’. A midwife colleague working in a village in rural Sindh shared a case of a woman she watched bleed to death because her in-laws refused to give consent for a hysterectomy-a last resort in cases of very serious postpartum hemorrhage. The woman herself refused to give consent because she was convinced her husband would leave her if she made that decision without his approval.

The thing about communal ownership of women’s bodies is that it occurs on a continuum and is everywhere-it’s in everyday acts such as men telling women what clothes they can and cannot wear, to terrifying things like unwanted sexual advances, physical violence at the hands of providers during childbirth, sexual violence, marital rape, forced pregnancies and organ donations, to governments policing extremely personal decisions, like that of carrying a fetus to term. It’s in community members who makes crude comments on how it’s time to have a baby, it’s in the man on the motorbike who comes up to my car window and comments on my clothes, it’s in the woman who walks five miles to get birth control pills she will hide and take home, and in the consent, we take from a man in order for his wife to have a tubal ligation.

A few years ago; a nine-year-old contestant on a Pakistani singing competition show is told to step on a weighing scale that a fan who wants to know what she weighs has sent her. She stands on it looking visibly uncomfortable. Her weight is read out loud and a male judge jokes about whether a zero is missed. Everyone laughs; complicit and comfortable in the idea that fat shaming a nine year old is a totally acceptable act.

One of the most important things that I do in my work as a midwife is working with girls and women to help them learn how to make decisions about their own bodies. As community-based healthcare workers, I’ve seen the ways that teams of midwives connect with clients and their families and work around advocating for people to make their own decisions. A midwife from my team works onboard Pakistan’s first boat clinic which runs along the Indus River reaching communities that have never had access to care. She shares with us stories of being a bridge for women close to death from obstetric complications who are not allowed to leave their communities to access emergency care, where she’s been able to convince families of their right to health and life and get women the care they need by helping them leave their communities for the first time in their lives to get to facilities. We visit a midwifery school in a rural part of the country to meet the new students and ask them why they want to be midwives. What they share with us is along the same theme, they have seen too many adverse events because women are treated like vessels, they want to be able to help women have the ability to make their own decisions and be able to choose health.

Through my regional work in South and Southeast Asia for the PUSH campaign, I’m working with stakeholders in this region to advocate for midwives to be supported to be able to bring about this level of change in all the communities they operate in. As a woman-led workforce, midwives too experience gender discrimination and policing around their own bodies and are powerful advocates for respectful care, reproductive rights and increased value for women’s health.